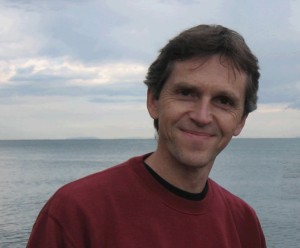 Albert Rabenstein is the Director and founder of the Centro de Terapia de Sonido y Estudios Armonicos. It is here that he develops research, dissemination and teaching.

His work is based on his personal research, on therapeutic experience at both an individual and group level, on the ancestral knowledge regarding sound stemming from different cultures, Eastern and Western, and the latest scientific findings relating to the effects produced by sound waves .

In Argentina he works with numerous hospitals and his work is widely accepted, even at a scientific level . In 2011 he partecipated at the I° Congresso Internazionale di Oncologia Integrativa di Buenos Aires (watch the congress video).

He is a member of the Music Therapists for Peace Association in New York, which is dedicated to educating peace in the United Nations.

He works for the development and production of Tibetan harmonic bowls, diapasons, tubular bells, gongs and other instruments dedicated to sound therapy. He created and directs vibratory meditation groups on the net called Red de Sonadores.

He holds seminars and training courses all over the world, including Italy.

“…indeed, twenty years ago, I realized that some Tibetan bowls produce various sounds simultaneously, which relate to each other in a harmonic scale. There’s a deep sound to them, which can be considered fundamental, and the other sounds that the bowl produces create a proportional relationship.

These sounds can also be made to play individually, and in a laboratory test I put water in a bowl to see what would happen to the waves inside. I thus found that every sound produces a different order of information, because when playing the harmonic sounds separately in water a different form was produced: the harmonic sounds put order in matter… ” 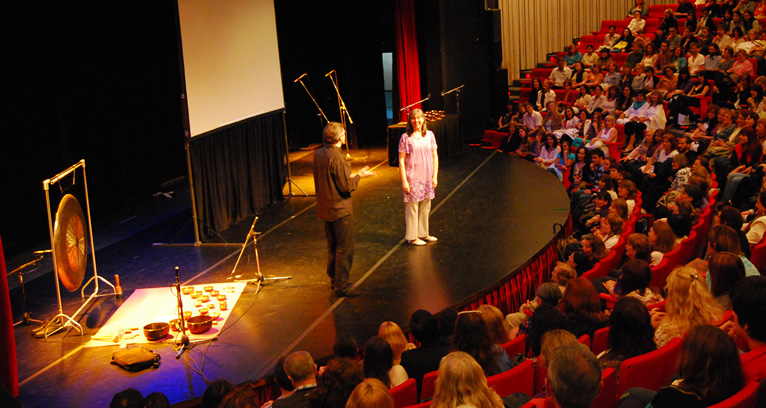